SkyPoint located on top of the iconic Q1 Building, one of the world's tallest residential towers, takes you to the highest point above the Gold Coast and offers spectacular 360 degree views from the surf to the hinterland and beyond.

In 1998, the Anderson family acquired the properties on a central Surfers Paradise site bound by the Gold Coast Highway, Clifford Street, Hamilton Avenue, and Northcliffe Terrace – the latter streets named in the late 1920s in honour of members of Australia’s champion Olympic sculling team. Some 139 lots were amalgamated and until 2002, when construction of Q1 commenced, the properties remained as they were.

The project to build the world’s tallest residential tower was officially launched on the 28th of June 2002. Sunland Construction team began work immediately, with a workforce of 500 labouring for over 3 years, or a total of 2.5 million man-hours. More than 2500 people were involved in the project. Q1 Resort and Spa officially opened on the 26th of October 2005.

The Q1 Spire is one of the world's longest at 97.7m. It commences at level 75, is made up of 12 sections, and weighs 87.2 tonnes. The oval-shaped spire starts at level 76/225m high and extends 47m above the glass fin. Powerful arc lights illuminate the spire which can be seen from 200kms away.

Design of the Q1 Gold Coast 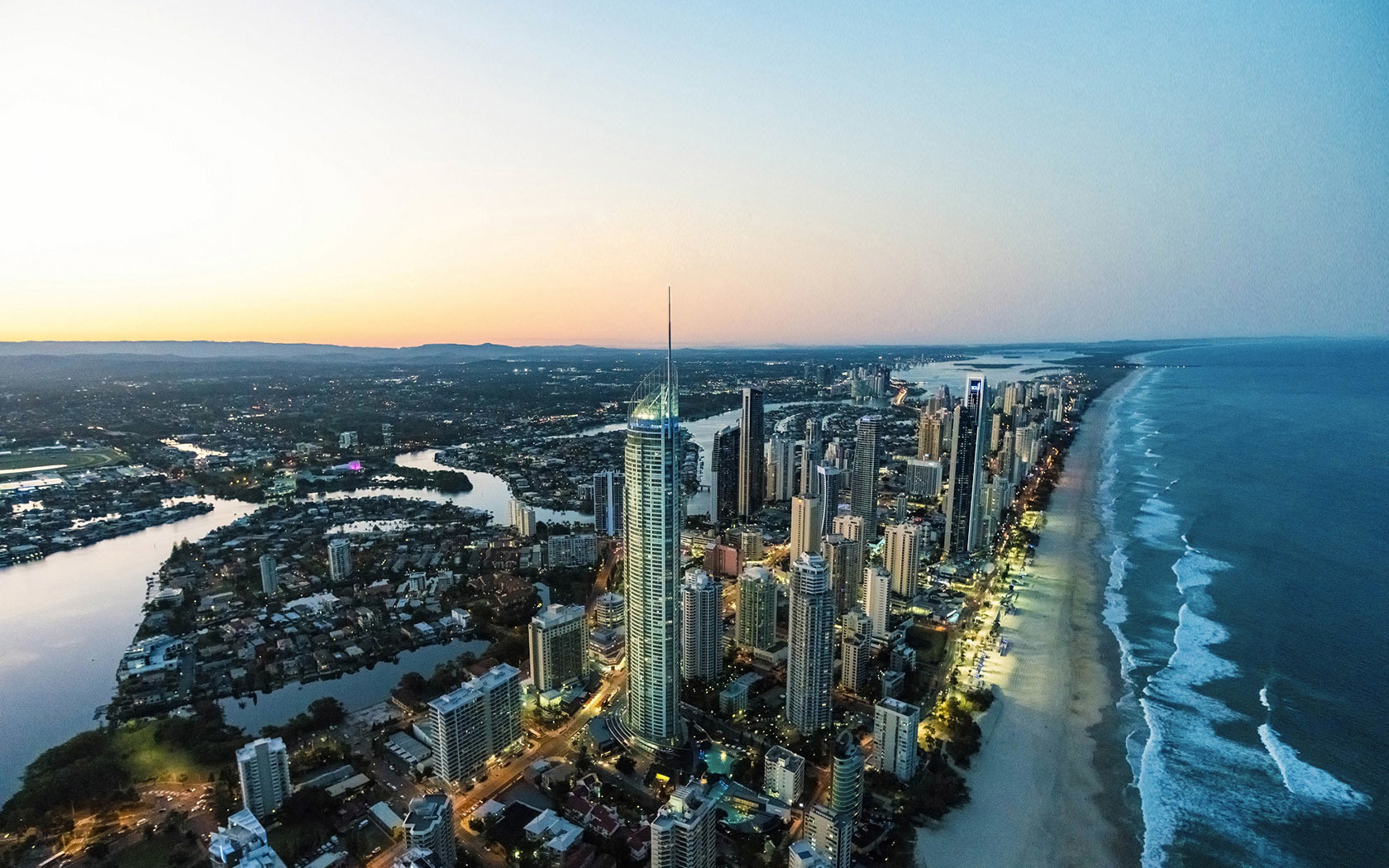